As wine becomes ever-increasing in popularity with a never ending supply of some fantastic products that are more and more readily available especially with the increase in e commerce the answer to the question of what are the top 5 wine producing Countries today will unlikely be the same in the future, I hear you ask why, read on.

This is especially so as the World becomes smaller in regard to availability of product but also through social media and online marketing which as most sectors the wine industry has kept up with this growing trend.

The second is Italy followed by Spain, and interestingly these three top producing Countries equate to nearly half the World’s production of wine which is staggering.

As both France and Italy are actively reducing the amount of wine that is produced there will be a point in time that these two Countries will move from the top two spots.

The United States comes is in at 4th with the majority of the wine produced in California with Argentina in 5th and the fastest growing wine producing Country in the top 5. 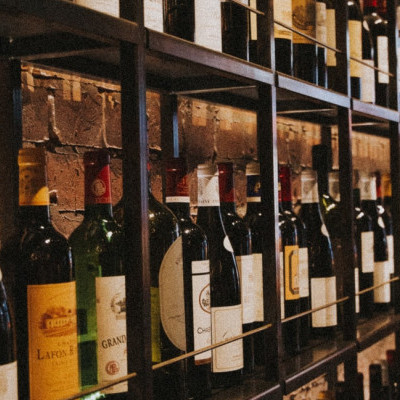 “Old World” relates to the traditional regions in Europe and the Middle East where wine is produced and “New World”
relates to all the other regions so generally geographical. That said due to the differences in Geography this leads to other differences such as climate, New World regions tend to be warmer which generally produces a fuller bodied wine and have bolder fruit flavors and tend to be higher in alcohol. Old World wines on the other hand generally tend to be lighter bodied with more earthy components however have the heritage of being made the same way for many years and highly regulated by the Countries where they are produced.

In addition to this wine lovers tend to prefer either “old World” or “New World” wines and may even refer to Old World being more traditional methods whilst the New World using advanced producing process and mass production and Worldwide brand awareness.

The 10 top wine brands by volume are as follows please note figures are of 2018:

There are differences between a Country let alone different Countries such as the difference in appellation which is a term used to generally categorize different areas within a Country and certain criteria to be met if a wine producer advertises this information and can get more detailed than this in some Countries.

The top 5 wine producing Countries as do other Countries around the World have specific grapes varieties that they are known for which are listed below:

[CLICK OON THE COUNTRIES LISTED BELOW TO PURCHASE RECMMENDATIONS]

Of course, there are many other differences between the Countries Wines and too many to mention in this article.

What is the most suitable wine4u?

been influenced by and also maybe what you have easy access to.

If you grew up in a wine producing Country then your preference of wine could justifiably be your local product however with the availability of World wines so easily accessible many of us have been exposed to a huge variety of great products.

Of course, some Countries are better known for their types of wines and the grapes that are more prevalent in that region which would affect one’s choice.

An influencing factor could be an “old World” or “New World” wine for a number of different reasons as mentioned above.

One consideration for you to choose would of course be price and you can generally categorize wines in three categories by classing entry level, mid-level and premium. Based on this many of us consume an entry level or mid-level during the week of certain time of the month or season and then push the boat out at the weekend or at special occasions and select a more premium product. Price can become more of a factor if you are purchasing in a non-wine producing Country where the price can be substantially higher especially if that Country adds high taxes to importation of alcohol. Some Countries add 100% tax plus the VAT which of course does not even include the importers profit and the retail store or restaurant that that its sold so when all these levels of pricing is added a value entry level product could find itself in the higher end of the mid-level or even in the Premium section.

The main point to consider what wine is suitable 4u is to taste many varieties from many Countries and make a note of what characteristics you liked most about the individual wine. This way you can build some common themes to the wines you like and almost predict what other wines you might like and after all there are so many fantastic wines to enjoy and one should just do that “enjoy & savor”.

The data on volumes supplied from Passport and are 2018 figures